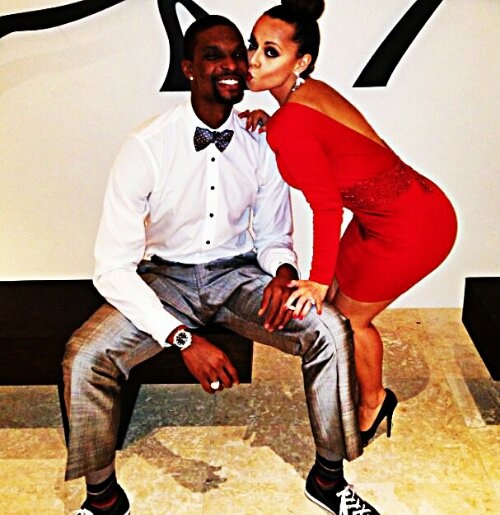 Miami Heat superstar Chris Bosh and his wife Adrienne were out celebrating his 29th birthday, only to return home and find that they had been robbed of a significant amount of merchandise… $340,000 to be exact.

USA Today reports:
“Bosh and his wife returned from a Miami club to find their closet ransacked, according to police. The couple had left their two children home with housekeepers while they attended the well-publicized party. No one in the house said they heard any noise, police said.Bosh arrived at the party Wednesday night via helicopter and a yacht. Numerous local and social media sites reported that most fellow Heat players were there, including stars LeBron James and Dwyane Wade, many of them dressed in Saharan garb.There was no forceable entry and the closet appears to have been picked over with care. The championship ring stayed, but other jewelry, watches, ring and purses were taken.”We are leaning on the side of this being an inside job,” said Miami Beach Police spokesman Bobby Hernandez.Bosh and his wife, Adrienne, called police after returning from a Moroccan-themed party that included belly dancers, fire breathers and a live camel.”