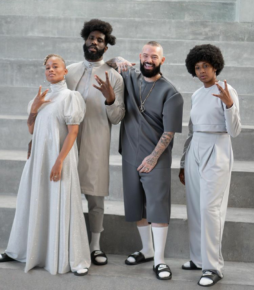 Southwest Alief, Texas native, Tobe Nwigwe and Houston rap legend Paul Wall have teamed up to offer one of the most refreshing and rousing singles to be released this year, both sonically and visually “Juice” breathes new life into a somewhat stale and monotonous hip hop genre.

The Nigerian-American MC trades lyrical gems with The People’s Champ over a beat crafted by producer LaNell Grant. The flow and delivery of both rappers are on point with captivating wordplay,and the self-directed visual exposes the endless talent of the 31-year-old former North Texas football star.

Check out the video below :