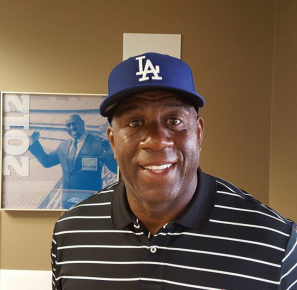 Jim Buss, brother of Lakers owner Jeanie Buss, retains his ownership stake in the team, but Jeanie has final say under the structure set up by their late father, Jerry Buss.

The announcement comes less than three weeks after Johnson returned to the Los Angeles Lakers as an adviser in “all areas of basketball and business”.

“Today I took a series of actions I believe will return the Lakers to the heights Dr. Jerry Buss demanded and our fans rightly expect. Effective immediately, Earvin Johnson will be in charge of all basketball operations and will report directly to me. Our search for a new general manager to work with Earvin and coach Luke Walton is well underway and we hope to announce a new general manager in short order. Together, Earvin, Luke and our new general manager will establish the foundation for the next generation of Los Angeles Lakers greatness.”

“Since 1979, I’ve been a part of the Laker Nation, and I’m passionate about this organization,” Johnson said in a statement. “I will do everything I can to build a winning culture on and off the court. We have a great coach in Luke Walton and good young players. We will work tirelessly to return our Los Angeles Lakers to NBA champions.”