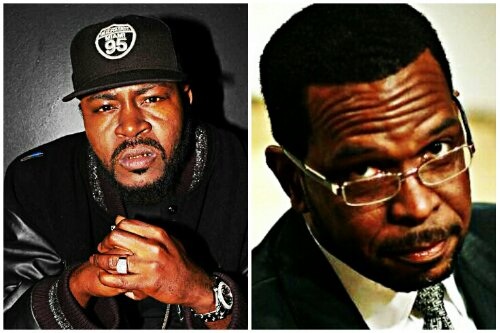 Lil Wayne’s rant against the Miami Heat has pissed off a lot of Dade County residents. The most vocal being Miami natives Uncle Luke and Trick Daddy.

Luther “Uncle Luke” Campbell was the first to speak out against Wayne in a Miami New Times article where he wrote the following.

“Miamians are mad as hell at rapper Lil Wayne because he said fuck the Heat, LeBron James, Dwyane Wade, and Chris Bosh on Sunday at a nightclub party in Houston. Lil Wayne even claimed he had sex with Bosh’s wife. That was way out of line. However, don’t blame Weezy for talking trash.He has no respect for the city because people in Miami’s entertainment industry — from local radio DJs to South Beach nightclub promoters to the Heat’s front office — spread their legs for him and every out-of-town celebrity who rolls through town.Lil Wayne treats Miami like his bitch because people let him.When Weezy claimed he was thrown out of the Heat home game versus the Lakers, the franchise tried to downplay the incident, saying they only asked him to leave and he left on his own. That was a bitch move.The Heat should have followed the Oklahoma City Thunder’s lead. Last year, Oklahoma City representatives told Lil Wayne to take a hike when he asked for courtside seats to one of the Thunder’s playoff games against the San Antonio Spurs. The Miami Heat should be giving court-side seats to the city’s true local hip-hop heroes, like Trick Daddy and Betty Wright.Stars can call up the Heat and get a free front-row seat or have nightclubs give them free tables and bottles of liquor whenever they want. Lil Wayne gets away with it because venue promoters are desperate to get mentioned in the gossip blogs and magazines. Local record label owners and radio station programming directors are also guilty of brown-nosing these interlopers.”

“Hell, I want to know what Rick Ross, DJ Khaled, and all these so-called 305 rappers who hang with Lil Wayne have to say about him disrespecting our home team. They need to set Lil Wayne straight. When you disrespect Miami, you can’t be allowed into any arena, restaurant, club, or even McDonald’s to get a burger. And you better not show your face in the hood.”

Yesterday Trick Daddy spoke with Miami’s 99 Jamz to defend his city and call for unity amongst Floridian radio stations, artist, DJs, and fans.

That interview is posted below.