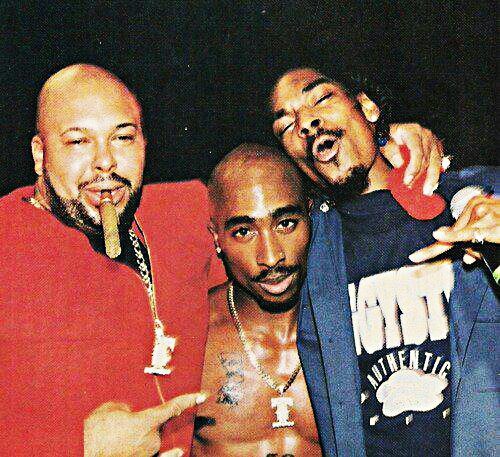 Snoop Dogg (Lion) shocked the hip hop industry today by posting a photo of himself and his former nemesis Suge Knight. Judging from the picture long standing fued with his former Death Row Records boss is finally over.

The former friends who have been beefing since the late 90’s reunited Monday night at the AV Club in Los Angeles.

“Snoop had performed at the club that night … and Suge showed up to see the performance.After the show, we’re told Suge walked over to Snoop’s VIP table and the two hit it off like old times … hugging, laughing and taking pictures.It’s the reunion that NOBODY saw coming … Snoop Dogg hanging out in a nightclub with former Death Row Records honcho Suge Knight … smiling and partying together during a recent night out.Snoop just posted the photo to his Instagram page … with the caption, “N d club wit Suge miss those death row days!”