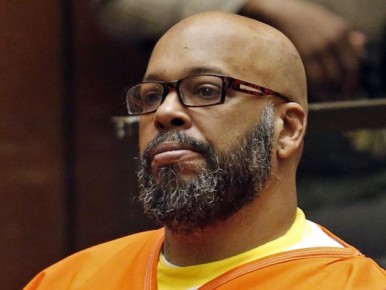 It seems Suge Knight is trying to raise his bond money by any means necessary. The imprisoned former music mogul has filed a multi-million dollar lawsuit against Dr. Dre, Apple, Universal, and Tam’s Burger for unspecified damages. Suge is seeking 30% of Dre’s $1 billion cut of the Beats By Dre sale.

Suge says he had a lifetime management deal with Dre, which entitled him to a 30% cut of Dre’s entertainment earnings. When Beats came along, Suge alleges Dre tried to cut him out, in part because Apple — which bought Beats from Dre — didn’t want its brand associated with Suge.

Dre’s solution, according to the lawsuit, was to hire a hitman to kill Suge at 1 OAK during the 2014 VMAs weekend. Suge was shot 7 times in the abdomen but recovered.

The suit claims the L.A. County Sheriff’s Dept. questioned a man named T-Money about the shooting, and he told investigators he was paid by Dre to kill Suge. Suge says, despite 37 cameras in 1 OAK, no arrests were made.

Fast-forward to January, 2015, when Suge drove to Tam’s Burgers in Compton. The suit claims Dre and Universal — which produced “Straight Outta Compton” — paid Cle “Bone” Sloan $300,000, insinuating he would take care of the Suge problem. (TMZ)