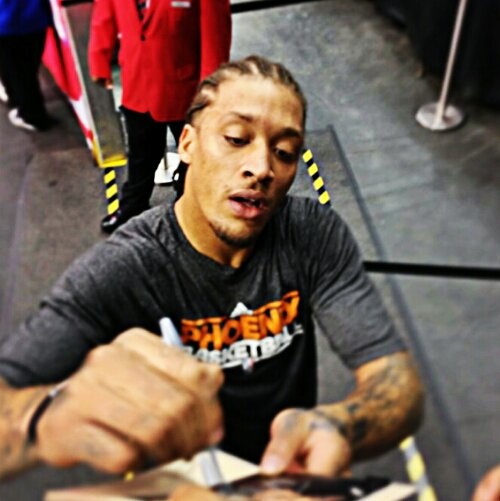 Professional athletes really should be more selective of the company that they keep. Just because a person smiles in your face that doesn’t make them your friend.

Once you sign that multi-million dollar contract you automatically become a target. Whether it’s the jack boys who want to rob you, family members begging, or groupies trying to have your baby for a quick pay day. Everyone has their scope aimed at you.

When you’re a celebrity it doesn’t take much to get your name in the news. All you have to to is be in the wrong place at the wrong time. Whenever something goes wrong you’re gonna catch the blame for it, guilty or not, because you have the biggest name and the most money. Phoenix Suns basketball player Michael Beasley is finding this out the hard way.

“Scottsdale police are investigating Phoenix Suns forward Michael Beasley in connection with an alleged sexual assault.Police spokesman Officer David Pubins says the allegation involves an incident that took place on Jan. 13.Suns forward Michael Beasley is under investigation by the Scottsdale Police for an alleged sexual assault.Pubins says police are interviewing those involved and processing any physical evidence to determine if criminal charges are appropriate. More details weren’t available.Team officials did not immediately return phone messages seeking comment Tuesday. It wasn’t clear if Beasley had legal representation.Beasley was Phoenix’s biggest offseason acquisition in 2012 after signing a three-year, $18 million contract. He was the No. 2 overall pick of the 2008 draft.”
(source)