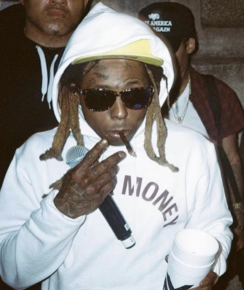 Lil Wayne was scheduled to perform Saturday night at Colonial Life Arena in Columbia, but things didn’t go as planned. Wayne, who was headlining the show known as Fall Ball didn’t get on stage at all. In fact, he never made it into the building.

Wayne’s fans will be offered refunds after the rapper’s performance was canceled after he refused to pass through a security check to enter the South Carolina arena, and skipped the concert.

A statement Sunday by managers of the Colonial Life Arena in Columbia says Lil Wayne, whose real name is Dwayne Michael Carter Jr., refused to enter the building when security workers sought to apply “the venue’s standard safety procedures.” The arena’s management says it wasn’t willing to make an exception for the headliner of Saturday night’s show “and jeopardize safety.”

Tory Lanez, 2 Chainz and Cardi B performed as scheduled.(ABC)