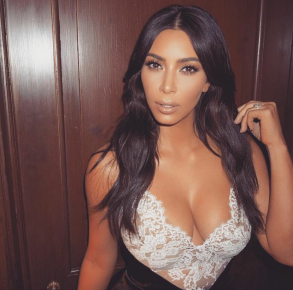 In the blink of an eye, the City of Light turned dark on Kim Kardashian.

The 35-year-old star of Keeping Up With the Kardashians “was held up at gunpoint inside her Paris hotel room this evening, by two armed masked men dressed as police officers,” her rep told E! News Sunday. Kardashian was “badly shaken but physically unharmed,” her rep added.

Kardashian was in the city for Paris Fashion Week.

The French Interior Ministry said five men threatened a concierge with a weapon, handcuffed him and forced him to open Kardashian’s private apartment. Per Today, the Paris Prosecutor’s office confirmed two of the men gained entry to her room. One of Kardashian’s rings, worth an estimated $4.49 million, as well as a jewelry box, worth an estimated $5.6 million, were stolen.

A source tells E! News Kardashian was “really shaken up” by the incident.

Kardashian’s children, North West and Saint West, were not in the room.

According to NBC News New York, the five men escaped on bikes. They are still at large.

Kardashian has not spoken publicly about what transpired.

A source reveals to E! News Kardashian was gagged and bound at her hands and feet, then handcuffed and held at gunpoint. “She begged for them to let her live and [said] she has babies at home. Then they wrapped her mouth in tape and put her in the bathtub.” Scared and alone, Kardashian feared the worst. “She thought they were for sure going to kill her,” the source says.

After the men left with “all her jewelry,” Kardashian “broke out of her bindings and got out,” the source tells E! News. Later, after speaking with Parisian police, the reality star boarded a plane. Kardashian’s sister, supermodel Kendall Jenner, left Paris on a separate plane Monday.

Before news of the robbery became public, Kardashian’s husband, Kanye West cut his set short during the Meadows Festival in Queens. The rapper said he had a “family emergency.”

Paris Mayor Anne Hidalgo condemned the attack on Kardashian via Twitter Monday, saying she’s always welcome in Paris. “This very rare act occurred in a private space and does not in any way call into question the work of the police and the security of the public space,” she said.

On Sunday, E! News reached out to Kardashian’s mom, Kris Jenner, who said she “will be OK.”