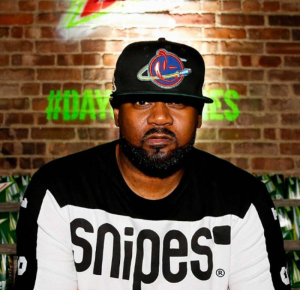 Wu Tang Clan members Ghostface Killah and Killah Priest were performing at the Debaser Medis club in Stockholm on Wednesday, when a man ran on to the stage and attacked one of the security guards.

“They invited a bunch of girls on to the stage to dance with them. At the same time a guy came up who hurt a guard in the face. The guard got a big cut, roughly from his temple to the jaw. It was a bloodbath on stage. The guard pressed a towel to his face and ran off stage,” an unnamed witness told the Aftonbladet tabloid.

“Everybody saw it. At first it almost felt like it was part of the show, but it wasn’t. The band commented on the blood on stage and said ‘this is a mess’,” said the witness.

A member of the rappers’ entourage is then said to have pushed the attacker off the stage. He was overpowered by security staff outside the room, where he was held until police arrived.

The victim was taken to hospital in ambulance. He is believed to have serious, but not life-threatening, injuries. (The Local)

The suspect has been arrested on suspicion of aggravated assault but it is unknown what weapon the man used to attack the guard with.

Police control room officer Pontus Sandulf told Aftonbladet: “They say [the weapon] could have been anything from a shard of glass to a knife.

“They say there was a lot of blood, but it is hard to say because I haven’t seen it myself.”