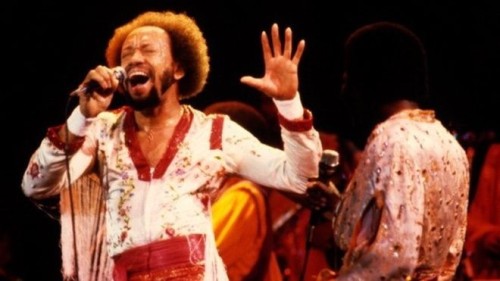 Vocalist and co-founder of the legendary r&b band Earth, Wind & Fire, Maurice White passed away in his sleep Wednesday night at his home in Los Angeles. A former session drummer, White founded Earth, Wind & Fire in the late 1960s. The group has sold more than 90 million albums worldwide. The band had a series of hits including September, Boogie Wonderland, Shining Star and After the Love has Gone.

White died at home in Los Angeles on Wednesday, his brother, group bassist Verdine White, said on Twitter and Facebook, posting a striking picture of his brother in front of the pyramids at Giza in Egypt.
“My brother, hero and best friend Maurice White passed away peacefully last night in his sleep,” Verdine White said on Facebook. “While the world has lost another great musician and legend, our family asks that our privacy is respected as we start what will be a very difficult and life changing transition in our lives. Thank you for your prayers and well wishes.” (USA Today)

White, who was 74, suffered from Parkinson’s Disease and was forced to stop touring with the band in 1995 because of weariness from the road combined with his health problems, but he remained active as a producer and songwriter. White publicly revealed he had Parkinson’s at the time of the band’s Hall of Fame induction in 2000.

“I just got tired of not talking about it,” White said at the time. “I had pretty much disappeared from the scene, a lot of people had not seen me in a long time, and they started wondering what was happening.”