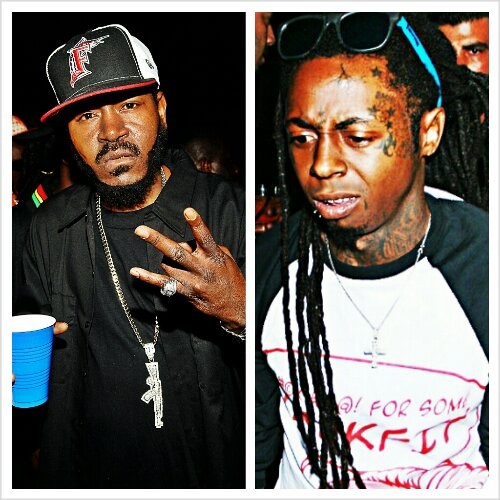 It seems that the beef between Trick Daddy and Lil Wayne is far from over. If rumors are true Trick Daddy, a Miami native ran up in the strip club King Of Diamonds and made Lil Wayne and his YMCMB crew vacate the premises.

According to RapFix Trick Daddy “Apparently incensed that Tunechi hadn’t “checked in” prior to the engagement, as he was warned to do after his now infamous “F—k Miami” rant and subsequent unapologetic stance on his comments about the Miami Heat, Trick Daddy, the self-professed “Mayor of Dade County,” reportedly entered the striptease establishment with 40-50 fellow Miamians in tow, looking to confront the I Am Not A Human Being IIMC. The face-to-face encounter between the two rappers spiraled out of control, though, after Daddy Dollars allegedly threw a cigarette in Wayne’s face.Weezy, along with YMCMB president Mack Maine, were tapped to host the grand reopening of KOD, which had recently upgraded its interior with a new LED lighting system and various other bells and whistles.Neither party has taken to Twitter to comment on the situation but KOD did try to diffuse the rumor, tweeting, “YMCMB in the Building!!!!! No worries…,” which prompted the following response from@KOD_miami, “trick daddy in the house n—-s betta watch they mouth! #slipnslide #f—lilwayne #f—kod #tootsiesallday.”Trick’s no tolerance policy against Wayne stems from the comments he made to 99 JAMZ radio station back in February after the “How To Love” rapper made no apologies for his anti-Miami rant.”