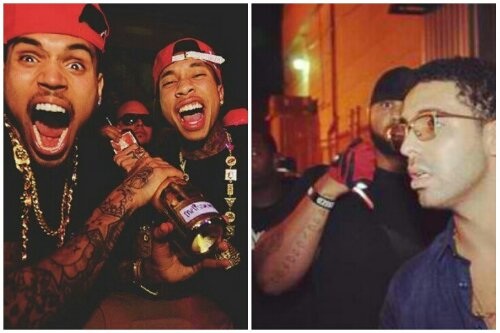 I DON’T SEE HOW YOU CAN HATE FROM OUTSIDE THE CLUB…YOU CAN’T EVEN GET IN.

These lyrics from Chris Brown’s hit single Look at me now have never been more true than they were earlier this week.

Chris was partying at a Hollywood nightclub called Playhouse celebrating the anniversary of clothing brand Popular Demand, when Drake showed up at the same club trying to get in.

Knowing that Brown was inside, and would soon be joined by Rihanna, the club bouncers turned the YMCMB rapper away to safeguard their establishment against what happened at NYC club W.I.P. last summer when Brown and Drake’s crews clashed and tore the club up.