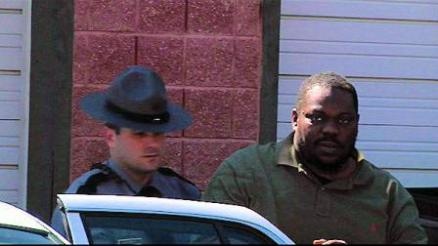 Beanie Sigel is in trouble with the law once again. Sigel and a man by the name of Gerald Andrews were pulled over around 3:15 am this morning on Interstate 95 for following another vehicle too closely and swerving out of its lane of travel. According to WPVI-TV Philadelphia :

“The Troopers pulled the Ford over and approached the vehicle. The driver, identified as Gerald Andrews of Philadelphia, was ordered out of the vehicle and a routine check for weapons revealed several prescription bottles and a small amount of marijuana in his possession.Troopers then focused their attention to the passenger, identified as Dwight E Grant, also known as famous Philadelphia rapper “Beanie Sigel.” Police searched Grant and found approximately $4,650 cash, a bottle of codeine syrup with a scratched off label, and several prescription pills wrapped in plastic bags located in a cigarette pack.”

“Both men were detained, and during a search of the vehicle Troopers found a firearm located in the center console. Andrews and Grant are both convicted felons and not allowed to possess a firearm.”

Sigel, 38, is due to report to prison on September 12,to begin serving out his sentence on tax evasion charges