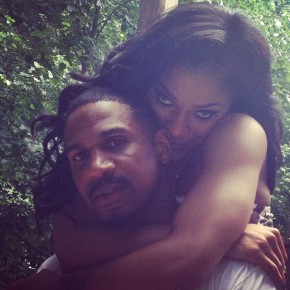 Love & Hip Hop: Atlanta star Stevie J has filed a defamation lawsuit against his cast mate and former girlfriend (they were never REALLY married) Joseline Hernandez. Hernandez, who is currently pregnant with Stevie’s child (or Atlanta rapper Young Dro’s depending on who you ask), is being sued for accusations that she made accusing Stevie of molesting his daughter.

Stevie J says his ex has been on a smear campaign and even enlisted a former nanny for his child to post similar allegations on social media … according to the defamation suit, obtained by TMZ.

Stevie says Joseline’s gone as far as calling Georgia’s Division of Family and Children Services accusing him of sexual abuse. You’ll recall Joseline posted a message to her 1.9 million followers, claiming Stevie molested the daughter he shares with Mimi Faust.

According to the docs, Joseline accused him of being gay and a devil-worshiper … which Stevie says has damaged his reputation and exposed him to public hatred and ridicule.

He’s suing Joseline for damages, and also wants a judge to force her to shut her trap. (TMZ)

In July, the Stevie filed a restraining order against Joseline. The order stated that Hernandez had to stay at least 200 yards away from him.

Can’t wait to see how all this will play out on the next season of LHHATL.