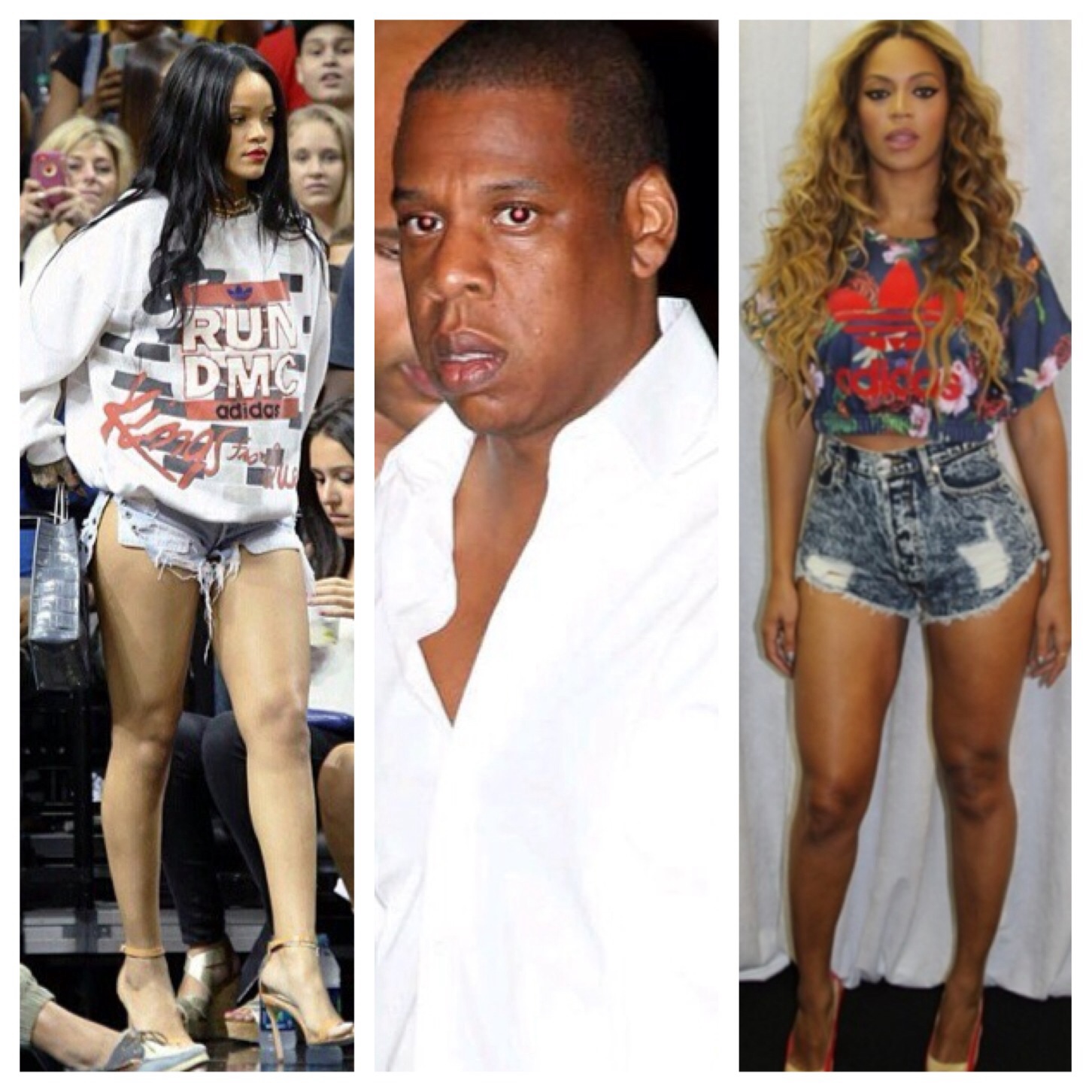 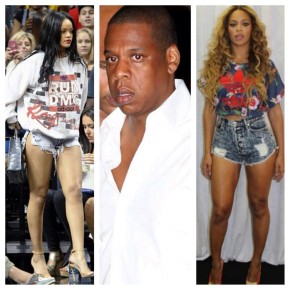 (Gossip-Grind News) Is Rihanna Spying On Jay Z For Beyonce?:

Beyonce has enlisted bad girl Rihanna to spy on her husband Jay Z, even though the Barbados-born beauty has been pegged as Jigga Man’s main extramarital side piece.

“Beyonce hasn’t achieved what she has for not being the shrewdest woman in the room,” an insider revealed to Dish Nation.

“She’s pulling Rihanna close all of the sudden because Beyonce believes Rihanna knows all of Jay’s secrets.”

Coincidentally, Rihanna is rumored to be featured on an upcoming remix of Beyonce’s song, “Blow.”

“Beyonce reached out to Rihanna recently, pitched the remix collaboration, then got all preachy and said stuff like, sisters have to look out for each other. She told Rihanna that she’d be eternally grateful if Rihanna would be her eyes and ears when she can’t be around.

“Rihanna got the message loud and clear. The thing is, she adores Jay, but she’s never been interested in him romantically. And as a friend, she’d really like to see he and Beyonce work things out.”

The two divas have had a frosty relationship through the years, but it nearly turned artic cold after Queen B’s sister Solange delivered an elevator beat down to Jay Z in May—reportedly over widespread rumors that Jay and Rihanna had an affair.

“Beyonce investigated and found no proof that Rihanna slept with Jay,” says the source. So, seeing that Rihanna socializes in the same circles with Jay, Beyonce called her into action as her foot solider.”

“In turn, Beyonce is being as sweet as pie to Rihanna. Besides collaborations, she even floated the idea that the two consider a mini tour together.”