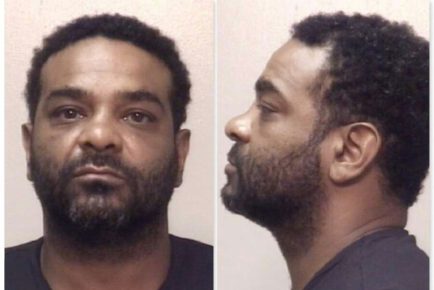 Rapper and reality TV star Jim Jones was arrested Wednesday (June 20) in Coweta County, Georgia after his involvement in a brief police chase. Jones, 41, is facing charges including theft by receiving stolen property, possession of firearm during the commission of a crime, narcotics possession, marijuana possession and dangerous drugs to be kept in original container, according to jail reports.

When Wood pulled the vehicle over, he said the car appeared to be filled with smoke and smelled of marijuana, the sheriff’s office said. The driver, Ana Rajnee Miles, then allegedly attempted to flee.

The short police chase ended on Griffin Street when Wood pulled in front of the SUV and was intentionally struck by the driver, the sheriff’s office said.

Deputies allegedly found 23 Oxycodone pills and a Titan .25 caliber pistol with seven bullets in a backpack on the backseat. Marijuana and another handgun, which was reportedly stolen from DeKalb County in March, were also allegedly found in the vehicle. Another backpack in the back of the SUV allegedly contained more Oxycodone, Percocet and THC oil.(AJC)

Jones reportedly admitted to smoking marijuana, but denied any of the marijuana found in the car was his. He also denied knowledge of the firearms and said he has a prescription for the pills, although he didn’t have it with him. 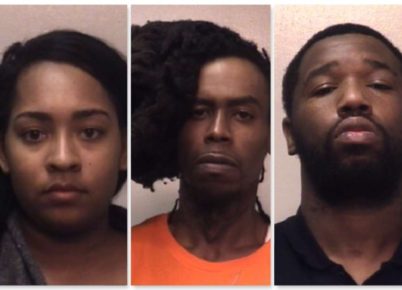 All four occupants of the car were transported to Newnan Piedmont Hospital to be medically cleared before they were booked into the Coweta County Jail early Thursday morning.