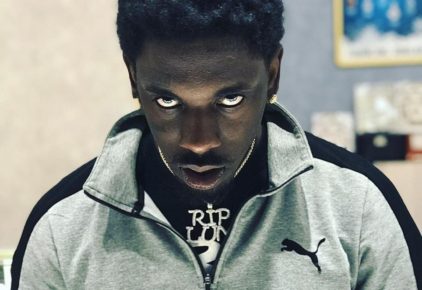 Up-and-coming Pittsburgh rapper Jimmy Wopo was murdered on Monday in a drive-by in his hometown. Wopo, whose real name is Travon Smart, was 21.

Pittsburgh Police say two people were rushed to the hospital following the shooting, and later said one of the victims died.

Following the shooting, the manager of the 21-year-old rapper, whose real name was Travon Smart, confirmed that Wopo was wounded in the shooting.

He later confirmed that Wopo was the one who passed away from his injuries. In a Facebook post, Wopo’s manager said: “I lost my brother today and it’s the worst feeling in the world. He was destined for greatness and he wanted the best for his friends, family and community. We lost a great person today, but just know I will do everything in my power to make his memory live on forever. Love you bro #LongLiveWopo” (CBS)