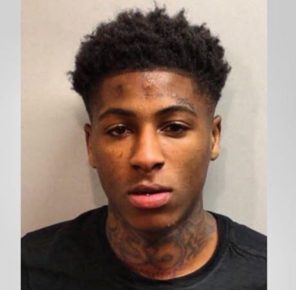 NBA YoungBoy was scheduled to make an appearance at The Moon nightclub in Tallahassee, but reportedly never made it to the club.

Authorities stopped the rapper’s tour bus and when they ran his record, they discovered that he was wanted in Georgia for an alleged assault, weapons violations, and kidnapping. It is unknown why they decided to pull the bus over in the first place.

According to records from the Leon County Sheriff’s Office in Tallahassee, Florida, Kentrell Gaulden, aka NBA YoungBoy, was arrested Sunday, February 25 for a warrant that was issued in Waycross, Georgia.

On August 22, 2017, Gaulden was sentenced to 10 years in prison after he pleaded guilty to one count of aggravated assault with a firearm. He was originally charged with attempted first-degree murder.

Judge Bonnie Jackson suspended his sentence and placed him on active supervised probation for three years.(WAFB)

The 19-year-old is scheduled to appear in court on Monday. 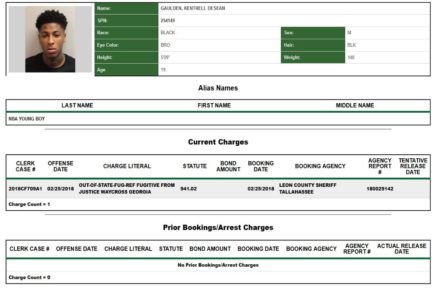