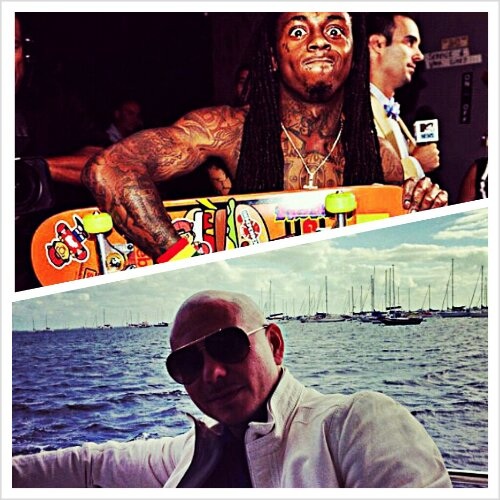 Lil Wayne is really starting to feel the backlash from his comments against the Miami Heat. Rappers who were once on friendy terms with the New Orleans born rap star are stepping up to defend their city.

Pitbull is the latest Miami artist (joining Uncle Luke and Trick Daddy) to speak out against Wayne with the release of his diss song Welcome to Dade County where Pitbull raps:

“You got money, yeah yeah, that’s sweet/ But we all know Slim and Baby really eat/ You talk Miami if you talking Heat/ Moral of the story, don’t shit where you eat”

Lil Wayne responded to the song this morning via Twitter, and a few hours later Pitbull responded back.