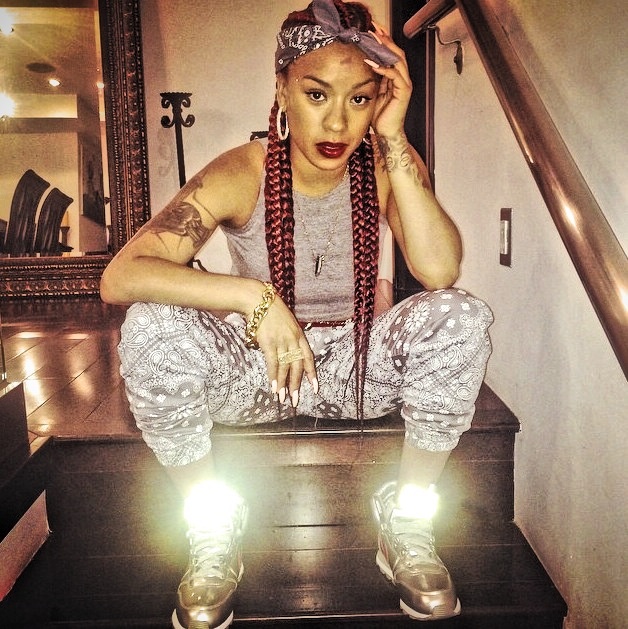 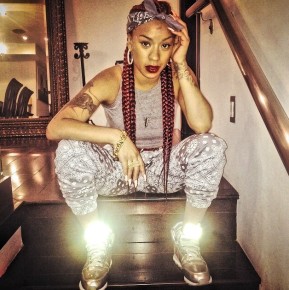 Keyshia Cole may be facing a 30-day jail sentence soon. The r&b star received a DUI conviction 12 years ago, and was ordered to complete a alcohol education class. The problem is, Keyshia never submitted proof to the courts that she finished the class.

Cole was in a L.A. County court this week … trying to explain to a judge that a very old arrest warrant was a gigantic mistake. The warrant was issued in 2004, because Keyshia failed to submit proof to the judge that she completed her alcohol ed class after a 2002 DUI conviction.

Keyshia’s lawyer tried explaining the singer completed the course, but the judge was unmoved. There was no paperwork to prove it, so the judge indicated he’d throw her in jail for 30 days.

But the judge also showed some mercy, telling Keyshia’s lawyer he would let her skate if they could submit proof she finished the classes. A hearing is set for February.

Now here’s the bitch. Authorities had no idea there was a warrant and probably wouldn’t know, but when Keyshia was arrested in September for assaulting a woman in Birdman’s condo, cops did a warrant check and … bingo. (TMZ)

Keyshia revealed that she was facing jail time on Twitter: 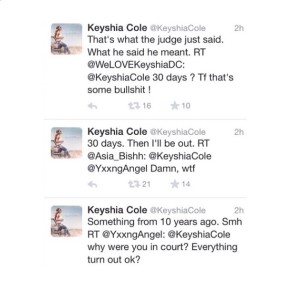