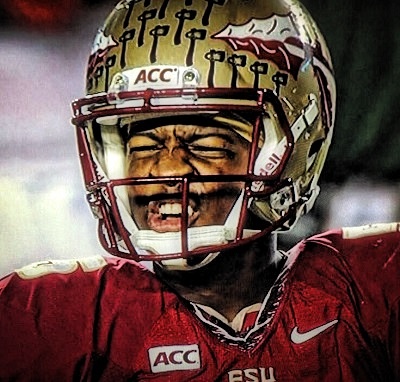 FSU quarterback Jameis Winston is being investigated in connection with a sexual assault. Winston, a 19-year-old Florida State freshman, was considered a favorite to win the Heisman Trophy award. That prize could be in jeopardy because the way voters will perceive him.

Law enforcement and other sources tell TMZ … a woman filed a sexual assault complaint with the Tallahassee PD on December 7, 2012. She claims the alleged sexual assault was committed with the use of “physical force.”

According to the police report, the motive for the alleged crime was “sexual gratification.” The alleged victim says drinking was involved before the incident.

The police report says on the day in question, someone called the cops at 4:01 AM. When police arrived, we’re told there were photos taken of the alleged victim’s injuries as well as physical evidence collected.

According to the police report, the incident occurred in an apartment.

Winston is described in the police report as “muscular” and his demeanor as “polite.”

As for the alleged offense, it requires proof that the perpetrator penetrated the victim orally, anally, or vaginally.

The investigation is “ongoing” with the police and the Florida State Attorney.

A rep for Florida State University has issued a statement saying, “We are aware of a matter that was investigated by the Tallahassee Police Department almost a year ago.

Because the investigation has not been closed by TPD, we cannot comment further at this time.

“We look forward to a speedy resolution of the issue. There is no change in Jameis Winston’s status.”