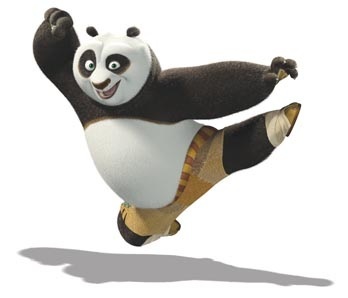 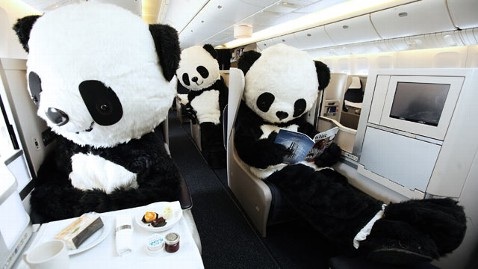 Whatever idea FLY PANDA brought to your head . . . pretty sure you weren’t expecting these guys: 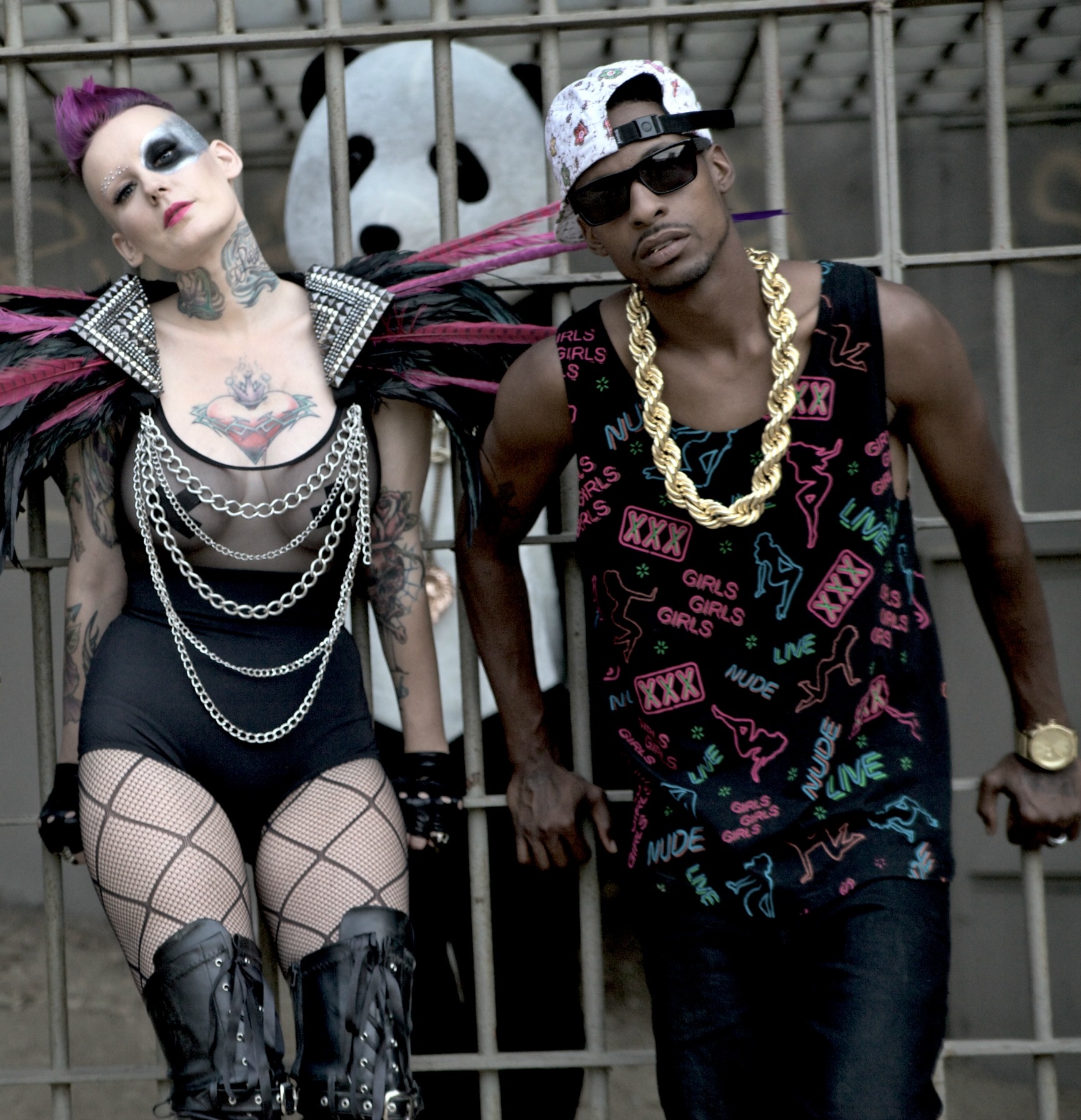 Not only are they far from being Pandas but they don’t eat bamboo either . Appearing in the form of Winter Rae & Lukas Ka$h, the two creative forces come together to create FLY PANDA aka the illest, trillest pop group you will ever see.

Months ago we introduced Fly Panda to our ThatIsh.com readers with their Pandamonium EP release and more recently highlighted the new “Face Drop” video. Now we’re able to take it a step further and give you a mini slice into the minds behind this illest trillest duo with a Fly Panda interview:

You guys bring a refreshing bubbling pot of everything we like about Music right now, how did you guys decide to start working together in the first place?
Winter Rae: Ka$h will tell you he discovered me sliding down a pole but that is just not true. The real (and less entertaining) story is that we’re related and we happen to be the musical prodigies in the family. After years of fighting the inevitable, we gave in and decided to form Fly Panda.
Ka$h: I bought some magic beans from a Costa Rican man while I was at a Mexican market place in Brazil. On the bag that the magic beans were in it read “Superstar Beans” They only cost me 2 dollars so I thought what the heck. When I got back to my original stumping grounds of Watts, Ca, I planted the beans in my mothers backyard. Instantly a large bush grew out the ground. I thought it was a waste, but immediately the following morning, a slender, big breasted white girl was sitting where the bush was located. She then start belting out notes and I thought wow, these beans are magical. We then went to the studio and recorded “Call Me Crazy” and the rest is history.
Where did the Fly Panda & #Stunt movement concept come from?
Winter Rae: I was protesting the Happy Meal outside of my local McDonalds when this huge Panda came stumbling out with a shopping cart full of them. Right as I was about to give him a piece of my mind he smiled at me and I thought, ‘Panda’s are people too.’ BOOM! Fly Panda was born.
Ka$h: Its actually something we adopted from an adlib I kept shouting out on our “Call Me Crazy” song. It means be yourself. Whatever you are or whoever you are be happy with it, and having extreme confidence in yourself is how you STUNT.
Has the work you’ve done together changed either of you as artists? If any, has it impacted your solo stuff?

Winter Rae: I’ve definitely evolved as an artist & human being. That comes with the territory. I’m just happy they don’t make me wear pants.
Ka$h: Im actually more broke right now than I was when I wasn’t in a group. I have a baby, more bills, all in all, I really dont like FlyPanda. Solo stuff can wait. Im sure Winter and I will branch off into that down the road but right now its all about FP.

Now in the creation process it’s been noted that a few “fist fights” occurred . . . did you guys really throw fist?
Winter Rae: I can neither confirm nor deny the time I got roofied & speared Maurice into the side of a trash bin. He probably deserved it! The next day we wrote HADOUKEN.
Ka$h: Bottom line, The Panda knocked Winter out, I knocked the Panda out, Mike Tyson, knocked me out, Evander Holyfield knocked him out and bit his ear, George Foreman knocked Evander out, Michael Moore knocked out George… Well you get it.

Well it’s nice to know the “fist fights” were figurative. How do you guys maintain a healthy balance in your relationship, so that no half of the duo is the dominant one?
Ka$h: Its actually a very unhealthy relationship. Winter wishes she was a black male. I sometimes feel I am a jewish male, the panda wants to be a latin american woman. We all have identity issues. But eventually these therapy classes will work for everybody.
Winter Rae: Wait, are you saying I’m not the dominate one? I’m calling my lawyer.
While “Face Drop” really is an ill video, how did you arrive at that concept for the introductory song “Call Me Crazy”?

Winter Rae: In our Dreams.
Ka$h: It was built around the producer who produced our EP. He has this amazing beat with the Carley Rae Jepsen sample on it. I heard it and rapped about 100 bars on it. Our engineer / co-writer chopped up my verse just keeping the coolest part, and played it for us. We then added Winter’s pointless verse and Bang!!! Call Me Crazy is here.

From “Call Me Crazy” and what’s come together as the Pandamonium EP you both bring a lot of abstract perspectives into your work, how do the people in your life react to the views you express in your songs?
Winter Rae: We’re both positive, spiritual people who have amazing support systems. My Family would prefer that I didn’t curse ever but they’re down with the overall uplifting aspects of our music.
Ka$h: We both appeal to entirely different audiences which is a good thing. I believe I talk to the crowd of independents, and misfits, and thugs, and individuals who are constantly on the grind. The lower and middle class. Winter speaks to the women and upper class. The rockers, bikers, and pretty, uppity individuals. The panda only speaks to Asians. That’s about it.

Fly Panda is to be known as the “illest trillest pop group” so describe the difference in style between your music and the pop everyone’s used to.
Winter Rae: We have successfully taken several different genres of music and made them work together beautifully. There is something for everyone in Fly Panda!!!
Ka$h: Our music is defined as “Ratchet Pop” Sonically it breaks the law of what your average pop music is. We cover a wide range of Hip-hop, Pop, Dance, Rock, Dub-step etc… This actually draws in an eclectic crowd. So many fans love different types of music, for example, a female fan could go to a Nicki Minaj concert, but also go to a Calvin Harris concert, but in the same week go to a Haim concert. Because the everyday fan is this way, this will be a huge advantage for us.

After making your introduction as Fly Panda, how did you know you could pull it off?

Winter Rae: We’re visionaries. We just knew.
Ka$h: I didn’t know. We just did it. No risk no reward. Also, the bigger the risk, the bigger the reward
What can we expect from FLY PANDA next?
Winter Rae: More music. More visuals. A lot more TOURING.
Ka$h: Babies, Hit songs, panda cubs, platinum albums, groupies, worldwide touring, government shutdowns, Obama bar-b-cues and the biggest takeover you’ve ever seen in music history
And finally . . . while FLY PANDA is THAT ISH . . . what’s something that ish for you guys right now??
Winter Rae: Right now it is all about Fly Panda for me. Making our dreams come true!!!
Ka$h: LUKAS KASH is that ISH!!! #STUNT *EasyMath
For more information email info@flypandamusic.com