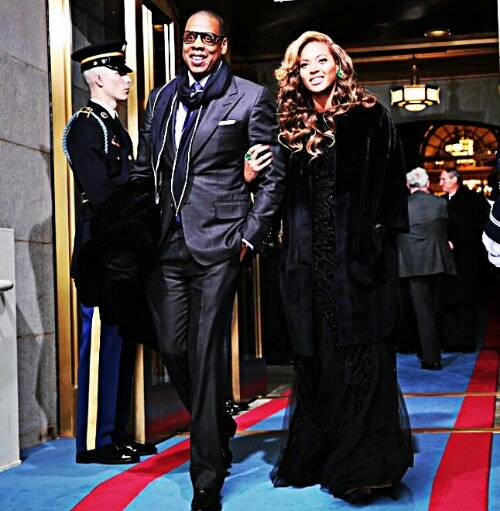 The King of Hip Hop and the Queen of Pop, arguably the most powerful couple in entertainment industry today, are reportedly expecting their second child, giving daughter Blue Ivy a little brother or sister. Multiple sources have confirmed to E! News that the Carters are having another baby.

The news follows rampant speculation that the “Countdown” songbird was pregnant, even as the couple remained tight-lipped about their ever-growing family.Rumors first began churning that the Grammy winner was with child when, earlier this month, she walked the red carpet at the Met Gala wearing a custom-made Givenchygown that deftly concealed her stomach, its bodice cinched high above the waist just as its intricate pattern made it difficult to discern any change in her silhouette.Speculation then went into overdrive Tuesday after Beyoncé was forced to cancel her Mrs. Carter Show performance in Antwerp, Belgium, after doctors advised her to rest “as a result of dehydration and exhaustion.”The 31-year-old recently spoke out about the possibility of giving 1-year-old Blue Ivy a sibling, telling ABC News that she “would like more children” and explaining that she thinks her daughter “needs some company.”Looks like that company is coming sooner rather than later.(source)