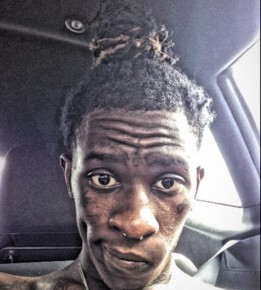 Rumor has it that Young Thug was arrested yesterday in his hometown of Atlanta, Ga. The Stoner rapper was taken into custody for an unknown reason.

Rapper Young Thug was reportedly arrested today in his home city of Atlanta. An anonymous source close to the artist told Complex that reports of the arrest were extremely reliable and added that details were still vague. The reason for the arrest allegedly “started as a traffic violation” but may have escalated.

When contacted for comment, the Atlanta Police Deparment stated that it could not disclose information about arrests.

UPDATE: According to TMZ Young Thug was pulled over Tuesday afternoon for reckless driving and what cops call “laying drags” — driving in a circular or zig-zag motion. They also popped him for driving without a seat belt.When cops ran his license they found an outstanding warrant for drug possession. Law enforcement sources say Thug threw a gun out of his car window while police were trying to pull him over. When they searched the car, we’re told cops also found Xanax pills.