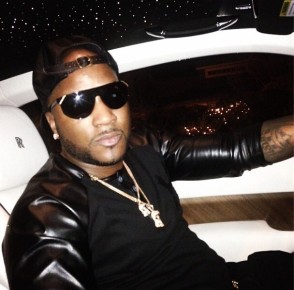 Young Jeezy has agreed to pay off the notorious motorcycle gang Hells Angels to settle their lawsuit against him. The Angels sued Jeezy for allegedly copying their Death Head logo for his 8732 clothing line.

We broke the story … the Angels sued the rapper for allegedly copying their Death Head logo and slapping a knockoff version all over Jeezy’s 8732 clothing line.

Apparently Jeezy was rattled enough from the lawsuit to almost immediately yank the items in question off the shelves.

So now we’ve learned the case has settled … our biker sources say Jeezy coughed up some cash. As for how much, we’re told “at least enough for some beers for the boys.”

Jeezy’s rep says the rapper is happy with the settlement.

As for the Hells Angels, they simply told us, “We always get what we want.” True that.