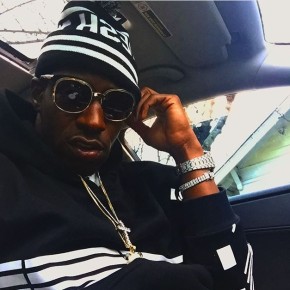 Young Dro was arrested on drug charges. The Clayton County Sheriff’s Department reveals that the rapper was arrested around 3:30 p.m. Thursday (Jan. 21) and booked him for violating the controlled substance act, which regulates prescription drugs.

Police Sgt. Ashanti Marbury says the 37-year-old has been charged with possession of a controlled substance. Marbury says he doesn’t know what the substance was.

In March, Hart was arrested on a theft charge in DeKalb County. (ABC)

Authorities found half a pill of Xanax on Dro after he went through a TSA checkpoint in Atlanta’s Hartsfield Airport. Dro posted bail Friday morning. A few hours after his release Dro went on TMZ Live and insists that he was arrested for outstanding warrants and not drugs.