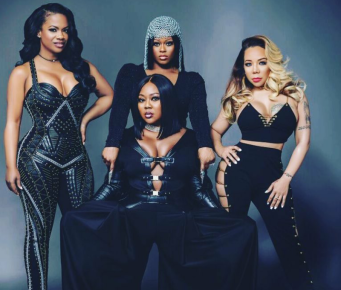 (Gossip-Grind) Xscape Gets Their Own TV Show On Bravo:

90’s r&b group Xscape are returning to spotlight in a major way. Not only are they reuniting after breaking up two decades ago, the Just Kickin’ It singers are also reportedly getting their own television show.

Production sources tell TMZ … the all girl R&B super group is filming in ATL and the show will air on Bravo. We’re told it premieres in November … when ‘RHOA’ returns so it can piggyback off the show.

The show will follow all 4 members — Kandi Burruss, Tiny Harris, LaTocha and Tamika Scott — as they reunite to prepare for their first performance in over 20 years which takes place at Essence Festival later this month.

VH1’s mega-producer Mona Scott-Young, of the ‘Love & Hip Hop’ franchise, has signed on as executive producer.(TMZ)

The girls of Xscape are no strangers to reality tv. Kandi is one of the the stars of the top rated Real Housewives Of Atlanta, Tiny just wrapped up the final season of T.I. and Tiny: The Family Hustle, and LaTocha starred in TV One’s R&B Divas: Atlanta.