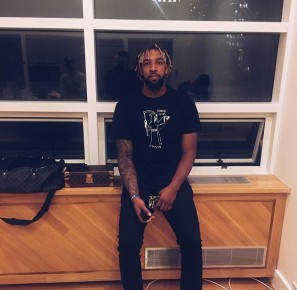 When are these NBA players gonna learn? When you’re in the position that you’re in, and make the money that you make, you can’t just let random people into your inner circle. New York Knicks player Derrick Williams, just found that out the hard way.

Knicks forward Derrick Williams was robbed of $750,000 in jewelry at his Tribeca apartment early Saturday — and he’s blaming two women he took home from a Meatpacking District club earlier in the evening.

“I don’t want to talk about it,” Williams said after the Knicks’ game at Madison Square Garden Saturday night. “It’s still up in the air.” (New York Post)

Williams had been celebrating his team’s Friday win over the 76ers when he invited friends, and the two women, back from a club in New York’s Meatpacking District. The women allegedly stole the expensive jewelry from a Louis Vuitton case in his closet before everyone left for the night. Williams didn’t notice the items were missing until around 4 p.m., then he called the police.

After this incident, I’m sure Mr. Williams will be more selective of the people that he invites into his home in the future. I hope he was smart enough to have his jewels insured.