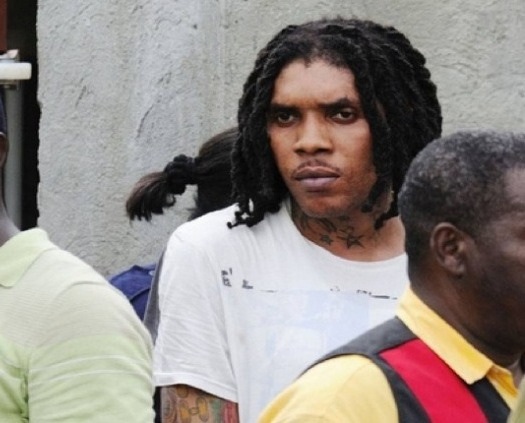 It has been one solid year and couple months since the Jamaican Police Force arrested the dancehall ‘Hero.‘

The ongoing battle between the Supreme Court and Vybz Kartel has been very tedious, to both the deejay and his hardcore fans.

The Jamaica Observer reports that Vybz Kartel allegedly participated in the beating death of his friend Clive ‘Lizard’ Williams, who, according to the prosecution, was murdered over the disappearance of two guns.

According to the prosecution, Williams was a part of a gang in Waterford, St Catherine that was headed by Kartel.

In August, the prosecution told the court, Williams and another man were entrusted with the care of two guns by Kartel. But when in mid-August the guns were discovered missing, the men were summoned to meet Kartel at his Havendale, St Andrew home to give an account of the guns. Kartel, according to the prosecution, was “angry” about the disappearance of the weapons.

On August 16, Williams and the other man — who is now the prosecution’s main witness — were picked up in a taxi, reportedly by entertainer Shawn ‘Shawn Storm’ Campbell and taken to the Havendale home where Kartel and other men were waiting on him.

While en route to the house, the court was told, Williams started sending text messages to a person, expressing fear that he was going to be killed and urging the receiver of the messages to call the police.

At the home, Williams and the other man were taken into a room where Kartel, Andre St John, and Kahira Jones were waiting. According to the prosecution’s case, Williams was beaten to death by the men who were armed with blocks and pickaxe sticks.

After witnessing what went down, the other man who was brought to the premises, dashed from the house in an attempt to save his own life. Kartel, the prosecutor said, called out to him, saying that it was Williams whom they wanted.

Now the witness has now decided not to co-operate with authorities, for reason only he knows.

Vybz Kartel is still behind bars awaiting his November court date, where he will know his fate.

After reading this report anyone would say that Vybz Kartel is the most devious person on the planet right? well try reading it with an open mind and remain balanced before concluding your judgment.