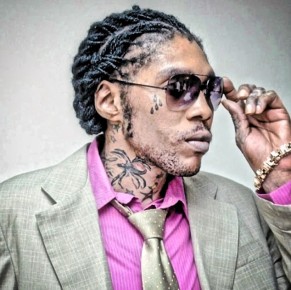 Vybz Kartel is currently behind bars anxiously awaiting his fate.

The former Portmore Empire boss and his four co-accused returns to the Home Circuit court on Thursday when the jury is expected to begin deliberation in what has now become the longest running murder trial in Jamaica’s circuit court history.

If acquitted, fans could see a brand new Vybz Kartel. A close source to the “Benz Punany” deejay told Urbanislandz.com that he is considering getting baptized and devote his life to his faith.

“What a lot of people don’t know is that Addi is a god fearing youth,” the source told us. “He read his bible everyday and pray everyday. The system try to paint an image of him like he is a devil worshiper. But that is far from the truth, because you have to separate Vybz Kartel from Adidja Palmer and Adidja is a god fearing, kind and smart person. Don’t be surprise if you see him get baptized and change his image when him get release.”

The source, who requested anonymity, also told us that Vybz Kartel regularly lead devotion with his pairs behind bars and read bible scriptures.

Do you think Vybz Kartel will become a devoted Christian if he gets released?