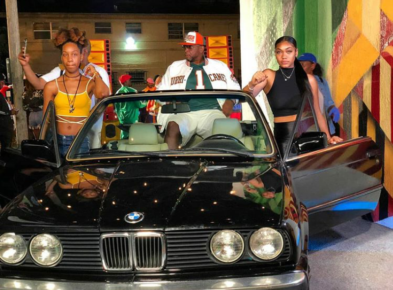 Uncle Luke Is Back!!! Hip Hop Icon Uncle Luke, former front man of the 2 LIVE CREW, and my childhood idol, releases the visuals for his new song “Bad Girl Walk” on his label, Luke Records.

Considered the Godfather of Southern Hip Hop, Luther “Uncle Luke” Campbell is a entrepreneur, community activist, author, television personality, radio host, and recording artist who was the first Southern rapper to appear on Billboard’s Pop charts. In addition, he was the first Black hip hop music executive to start an independent rap record label while simultaneously owning his own distribution and the warehouse that housed his product.

It was Campbell who was the first that censored his own product by responsibly providing “parental advisory” stickers to his product helping to ensure it was not purchased by minors, ushering in a change in the music industry.   The freedom fighter fought all the way to Supreme Court for freedom of speech as a member of the storied 2 Live Crew; and won.

Honored by the Rock & Roll Hall of Fame,  Campbell’s endless philanthropic efforts inspired the television docusmentary “Warriors of Liberty City” on Vice and a docuseries of the same name on Starz; both of which he executive produced.   Campbell is also a sports radio host, and long-time columnist for the Miami New Times.  Campbell is currently in the process of producing a biopic on his life with Lionsgate as well as several other television projects.