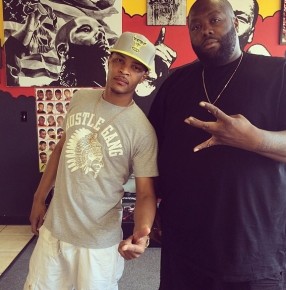 Real Housewives of Atlanta star Apollo Nida found out the hard way yesterday that you don’t mention T.I. and snitching in the same sentence.

Nida pled guilty to fraud charges that could land him in jail for up to 30 years, and he allegedly struck a deal with the feds to become an informant.

In a tweet that he has since deleted, Nida compared his deal with the feds to T.I.’s deal, which DOES NOT include a so-called snitching clause.

T.I. and Killer Mike caught up with Apollo in a parking lot yesterday and confronted him about the allegations.

TMZ broke the story … “Real Housewives of Atlanta” star Nida copped a plea with the Feds in his wire and bank fraud case — and part of the terms included Nida agreeing to become an informant to help catch other crooks. Aka snitching.

T.I. and Mike caught up with Nida in a parking lot yesterday … and made it extremely clear — he better keep T.I.’s name out of his mouth.

In the vid … T.I. tells Nida their cases were not similar at all.

T.I.’s right … we’ve seen the documents and his plea agreement with the Feds does NOT include a so-called snitching clause.

Nida has since deleted the tweet — and after what happens in this video … safe to say he won’t be saying, tweeting, or even thinking anything about T.I. again. (TMZ) 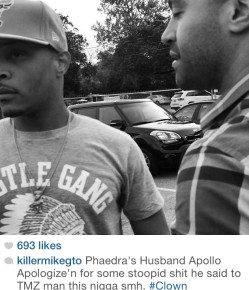 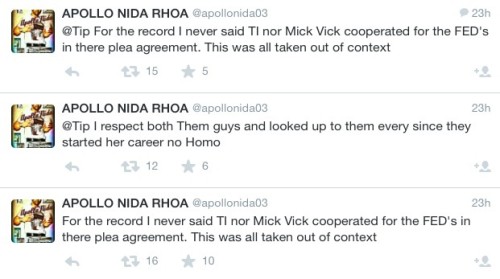 Killer Mike spoke with StraightFromTheA and had this to say about the situation:

I respect him because he was man enough to apologize but… shame on him!

Any man around him should have told him the same thing!

I don’t know where he gets his hair cut, but in my shop, we would have all told him that was wrong. You just don’t bring other people into your drama like that.

At the end of the day, Apollo said he was sorry and I hope he does a smooth bid so that he can return to his family, return to television and entertain the masses like he has done for years.