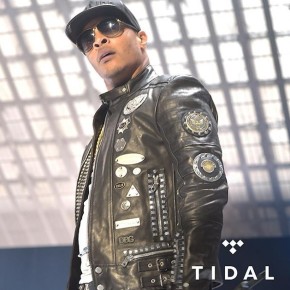 After months of speculation, T.I. has finally revealed his new recording home. After testing the independent waters with his last release Da Nic, Tip announced yesterday that he would be joining Shawn Carter over at Roc Nation.

After leaving the major-label system following the release of his ninth studio album Paperwork in October 2014 via Columbia, T.I. has finally found a new home under Jay Z’s wing. Ahead of his pop-up performance at Greenbriar Mall in his hometown of Atlanta on Monday night (Feb. 22), Tip announced he has signed a distribution deal with Roc Nation for his upcoming album, Dime Trap, and joins the growing list of artists who are co-owners of Tidal.

Tip is the 19th Tidal owner, and will join the likes of Jay Z, Beyoncé, Nicki Minaj, Rihanna, Lil Wayne, and others. Tidal will have exclusive streaming rights to Tip’s upcoming releases.