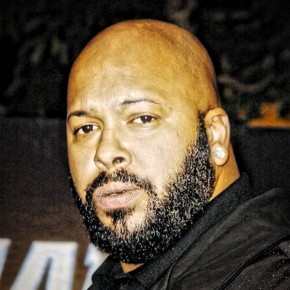 Former Death Row Records CEO Marion “Suge” Knight was reportedly shot 6 times early Sunday morning while attending a pre-VMA party hosted by Chris Brown. Shots were fired at 1OAK nightclub in West Hollywood around 1:30 AM. Sources close to Knight say he was shot in the stomach and arm.

Suge walked out on his own power … a cop spotted him and walked the rap mogul to the police car where Suge sat. Suge was then put in an ambulance and taken to a local hospital.

We do not know the seriousness of Suge’s injuries. Multiple sources now tell us Suge was one of 3 people who were shot. At least 1 is in critical condition. Sheriff’s deputies had guns drawn as clubgoers exited with their hands in the air right after the shooting.

The night started with tension. An hour-and-a-half before the shots, Game came to the club and he and his buddies got into an altercation with security guards … there was a full-on fight. Game tried to get in was denied and left, but his buddies stayed behind. We do not know if they were involved in the altercation. (TMZ)

Suge is currently in ICU after undergoing surgery, and is expected to recover from his injuries.