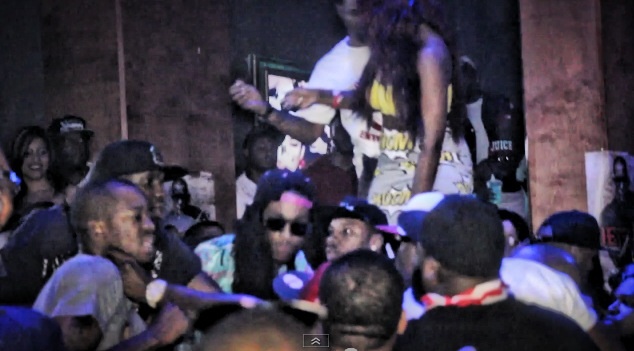 There comes a point in every man’s life when he has to realize he’s TOO OLD to be hanging in the club. Steve “Franchise” Francis…you are at this point.

Years of partying and living the NBA lifestyle have really taken a toll on Francis. He looks nothing like he did during his NBA playing days.

Recently Francis was out partying at a Houston nightclub when he got into a altercation with Stephen Jackson. Jackson is seen on video choking Francis.

Former San Antonio Spurs forward Stephen Jackson got into a scuffle with former NBA guard Steve Francis recently at a Roxy nightclub in Houston. Back in August Stephen Jackson, who also goes by the stage name Stak 5 while he’s rapping, was performing when all of a sudden an altercation erupts behind him. For whatever reason Stephen Jackson jumps in and next thing you see are hands around Steve Francis’ neck.

No one knows WHY Jackson jumped in but I noticed the dude Steve Francis was arguing with was on HIS side and not Stephen Jackson’s. All these fools are just drunk and The Franchise gets escorted out of the club by the cops in handcuffs. Good freaking Day! LOL