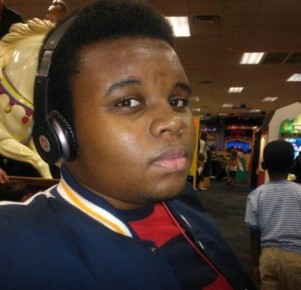 Police fatally shot an unarmed teenager Saturday in Furguson, Missouri, sending the town’s residents into an uproar. Mike Brown was reportedly being apprehended by police when he attempted to flee. A Ferguson police officer shot Brown several times, killing him in the middle of the street. 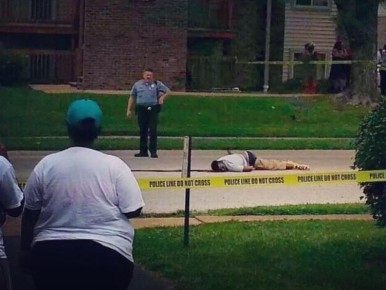 His mother, Lesley McSpadden, said the shooting took place as her son was walking to his grandmother’s residence.

Piaget Crenshaw, 19, said she was waiting for a ride to work when she saw a police officer attempting to place Brown in the squad car.

She then said she saw the teen, hands in the air, attempt to flee. Several shots hit Brown as he ran, Crenshaw said. She complied with a request that she give photos of the scene to authorities.

Brown, a 2014 Normandy High School graduate, was scheduled to begin classes at Vatterott College on Monday.

The shooting sparked a furious backlash.

Further shots were heard as police arrived immediately after the shooting but no one was injured as angry residents screamed obscenities mixed with threats to “kill the police.” More than 60 area police officers responded to the scene. (St. Louis Post-Dispatch) 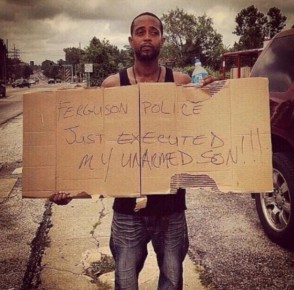