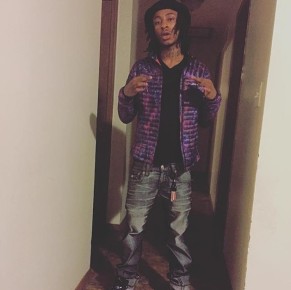 Police had no suspects Monday in the death of up-and-coming Ferguson rapper Swagg Huncho, who was found shot to death Sunday morning. At about 10 a.m. Sunday, police say, he was found dead in the back yard of a home in St. Louis.

Police say James Johnson Jr., 18, known as Swagg Huncho in the group 3 PROBLEMS, was shot and killed in the 3700 block of Lincoln.

Johnson was found with a gunshot wound to his head.

The circumstances surrounding the shooting remain unknown and no one was taken into custody.

James Clark, Vice President of Community Outreach for Better Family Life, says Johnson contacted the social service organization and wanted to get behind its “We Must Stop Killing Each Other” campaign.

“The rappers now have to look in the mirror and say, ‘hey guys, we are losing too many loved ones and family members. We are losing our friends,'” said Clark. (KMOV)