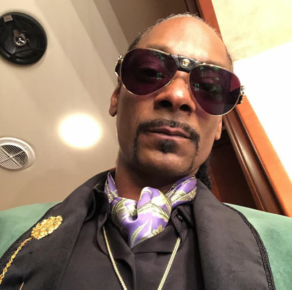 Today, the Global Spin Awards (GSA), the premier awards show honoring the most dynamic and talented DJ’s from around the world, alongside REVOLT, announced music industry legend Snoop Dogg as this year’s host. The award show will take place in Los Angeles, at the Novo Theater on February 15th, and will air exclusively on REVOLT on February 22nd at 9:00 PM ET/6:00 PM PT.

Snoop Dogg also known as DJ Snoopadelic is nominated this year in the GSA celebrity DJ category. With his legendary career and ties to Los Angeles, as well as deep roots in the music industry, he will take the stage to present the 2018 Global Spin Award recipients with their top honors.

“Through the Awards, it is our mission to recognize the diverse, bold and remarkable DJs that have helped shaped the music industry into what it is today. Snoop Dogg is a legend and a trailblazer in the industry, and we are honored that he will be joining us to host this year’s Global Spin Awards,” said Shawn Prez, Founder of The Global Spin Awards.

“REVOLT is thrilled to partner with the Global Spin Awards and exclusively broadcast the celebration of DJ talent from around the world. With Snoop hosting, it is sure to be a dynamic and highly-coveted event,” said Roma Khanna, CEO of REVOLT.

Now in its sixth year, the Global Spin Awards has become a pillar of the music industry, and is celebrated by top-talent, including this year’s nominees, DJ Khaled, DJ Envy, Marshmello, The Chainsmokers, Funk Flex and more.