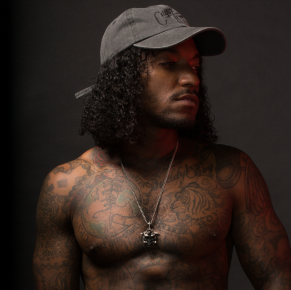 Immediately garnering critical acclaim, Billboard already hailed TRU as “the most introspective and honest material he’s ever presented,” while Complex wrote that it, “showed a renewed focus on what matters to the veteran R&B singer who has built a career on honesty.” Vibe succinctly summed it up best as, “Fiery.”

Elsewhere on “Heavenly Bodies,” Rick Ross serves up an impenetrable cameo before Lloyd’s towering falsetto takes hold. Meanwhile, he goes head-to-head with Lil Wayne on the intoxicating and infectious “Holding,” reminding us that Lloyd’s still got an urban edge. Listen to the song HERE and check out the full tracklisting below.

Concluding a five-year hiatus during which he focused on family, achieving his high school diploma, and learning to play guitar, Lloyd’s voice remains as powerful and passionate as ever on TRU. Right now, he’s in the midst of working on his fifth full-length studio offering, due out next year via EMPIRE.

The last time we heard from Lloyd was in 2011 when he released King of Hearts. It became his third Top 10 debut on the Billboard Top 200 and garnered acclaim from USA Today, Rolling Stone, Pitchfork, The A.V. Club, and many more. Throughout his illustrious career, he’s propelled a bevy of hits such as “Southside” [feat. Ashanti], “You,” “Get It Shawty,” and Young Money’s “BedRock” to the top of the charts. He continues that tradition with TRU via Young Goldie Music / EMPIRE.