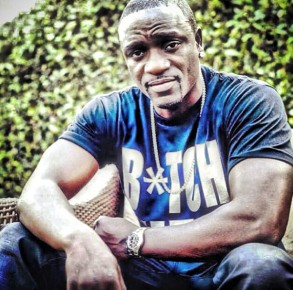 Singer Akon has a lien filed against him by the Southern Electric Company after he stiffed the company for more than $95,000 in work that they did at his Atlanta mansion. The singer is also facing seperate lawsuits for skipping a show that he had already been paid for, and not performing on a record that he had agreed to perform on.

According to a lien filed by the company in Georgia on November 26, 2013, and obtained by Radar, the “Smack That” singer failed to pay $95,000 for ”labor and materials” used during renovations of his home in Milton, Georgia. Now, the company wants that amount, plus interest.

However, they’re not the only ones coming after Akon for cash.

Australian entrepreneur Patrick Grove claimed this week that he recently booked Akon for his birthday party last April. Grove claims he pre-paid the singer $150,000, but he never showed. Now he’s suing for that money, plus damages.

And in January he was sued by Egyptian singer Tamer Hosney, who claims he paid Akon $300,000 for both Akon and Pitbull to sing on Hosny’s song “Arabian Knight” and appear in the video. Pitbull never showed, as Akon had allegedly promised, so Hosny wants to recoup his losses.