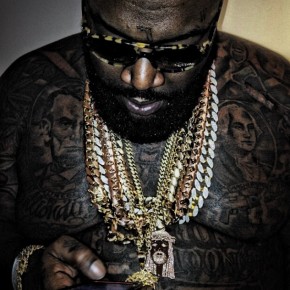 A DJ was wounded during a shoot-out with police outside an Atlanta nightclub which was hosting a album release party for Rick Ross’ latest album Mastermind.

According to a The Atlanta Journal Constitution:

A DJ was shot and wounded early Monday during a shootout with police officers outside a popular DeKalb County nightclub, police said.
The shooting happened outside the Velvet Room, a club in the 3300 block of Chamblee Tucker Road.
The club was hosting an album release party Sunday night for Rick Ross and Sean “Diddy” Combs, according to the Velvet Room’s website.
About 4 a.m., two off-duty officers working at the nightclub heard gunshots in the back of the club, according to DeKalb Public Safety Director Cedric Alexander.
When the officers responded to the rear of the club, “one subject turned toward them, firing shots,” Alexander said. “They returned fire, hitting the subject in the leg.”
The officers were uninjured, according to Alexander.
He said the wounded man, who was identified to investigators as a disc jockey at the club, got up and went back inside the club, where he was arrested before being transported to Grady Memorial Hospital.
“For whatever unknown reasons, it appears that this DJ who was involved in the shooting with some others turned and shot at the officers, and that’s when they returned fire,” Alexander said.
He said the off-duty officers were in full uniform, and identified themselves as officers when they responded to the gunfire behind the club.
“They were doing what they were trained to do,” Alexander told The Atlanta Journal-Constitution. “They took all the necessary actions to protect themselves and each other.”
The officers were placed on administrative duty, standard procedure when an officer is involved in a shooting.
The wounded DJ’s name has not been released.
Alexander said there was “no reason to believe” that any of the celebrities at the club for the album release party were involved in the shooting.
The incident was the second shooting in as many days at a party featuring Combs.

The DJ’s name has yet to be released, and no motive was given for the shooting.