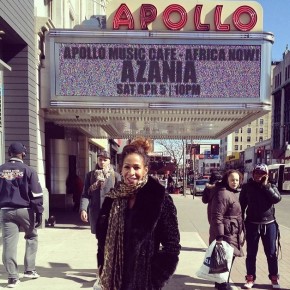 The federal government filed a tax lien against Whitfield on Dec 12, 2013, in which the IRS accuses her of failing to pay her taxes for the year 2011.

But this isn’t the first time Whitfield has been in hot water with Uncle Sam. She was reportedly slapped with another tax lien in early 2013 which accused her of owing a total of $41,752.83 for unpaid taxes for the years 2009 and 2010.

Last year, news also surfaced that Whitfield — whose conflict with her ex-husband, former Atlanta Falcons football player Bob Whitfield, was a storyline on RHOA – had been ordered by a judge to give her divorce lawyers $119,000 for an unpaid legal bill.

Rumor has it that Whitfield will be returning to Real Housewives of Atlanta next season. Hopefully the rumors are true…she needs that Bravo check right about now.