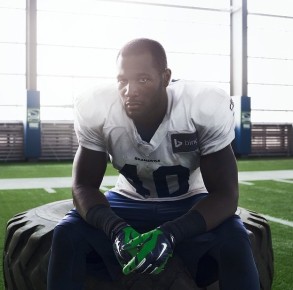 Seattle Seahawks fullback Derrick Coleman has been suspended indefinitely, after being arrested on charges of vehicular assault and hit and run.

Coleman, 24, is being held at the King County Jail on investigation of vehicular assault and hit and run. Coleman is being held without bail, as is common until he appears before a judge for a bail hearing.

The Seahawks have suspended Coleman indefinitely pending further information, a team spokesperson said in a statement.

According to a law-enforcement source, Coleman was driving a Dodge pickup in the 13600 block of Southeast 36th Street around 6 p.m. when his vehicle struck a Honda Civic.

After the crash, Coleman, who did not appear to be hurt, got out of his car and walked away. The other driver was hurt in the crash, possibly breaking a collarbone, a law-enforcement source said.

Bellevue police found Coleman nearby. He was arrested without incident.

A field-sobriety test was performed on Coleman. There’s no indication on the report if he was intoxicated, the source said. (The Seattle Times)

Coleman has been deaf since the age of 3 and in July published a memoir, No Excuses: Growing Up Deaf and Achieving My Super Bowl Dreams.