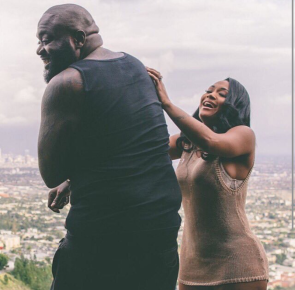 Rapper Rick Ross and his fiance, model Lira Galore, have reportedly called off their engagement. Less than two months after making the announcement, the couple’s whirlwind relationship is over, and they’re calling it quits.

We’re told they had a major blowout, although it’s unclear what it was about — but it was serious enough that Lira moved her stuff out of Rozay’s Georgia mansion.

Ross spontaneously popped the question back in mid-September while they were jewelry shopping in New York. They’d only been dating a few months at that point.

As for the giant 11 carat, $350k rock he gave Lira … so far there’s been no discussion on whether she’ll return it. She still had it on her ring finger in a photo she posted a day ago.

The good news for Rick — legally speaking, the ring is a gift in contemplation of marriage. Translation: Lira gotta give it back (TMZ)