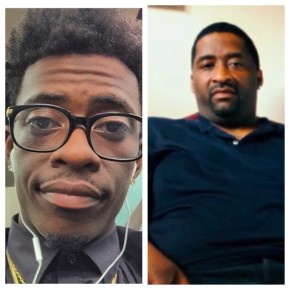 Prayers go out to Rich Homie Quan and his family. The rapper’s father was shot Monday morning during an attempted robbery. Quan is by his father’s side at an Atlanta hospital.

People in a northwest Atlanta community say the victim is Corey Lamar, father of Dequantes Lamar who is also known as rapper Rich Homie Quan.
Some people at Corey Lamar’s Barbershop, on Donald Lee Hollowell Parkway, are wondering if an alleged feud between Quan and other rappers led to Corey Lamar being shot four times inside his barbershop.
Atlanta police say the gunman came in the shop and opened fire.
“I heard about three gunshots, and so I saw the guy come out,” said witness Van White.
White says he heard the gunshots, saw the gunman and chased after him, but he got away.
“He got in a black car, and that’s all I know from there,” White said.
One barber said he went to the back, and another barber said he left the shop. They say that’s when the gunman came in.
Workers at the shop told Jones someone shot up the shop about a month ago.
Jones talked to several people who believe the shooting is a result of Quan feuding with or disrespecting other rappers in songs. (WSBTV) 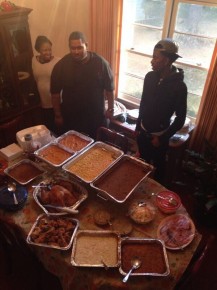