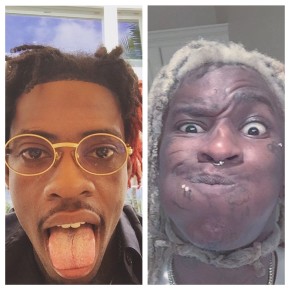 The Rich Gang reunion is over before it could get started. At a recent show in Tallahassee, Rich Homie Quan dissed a fan by threatening and insulting him with gay slurs, Quan also threw shade at fellow Rich Gang member Young Thug.

The fan allegedly touched Quan inappropriately provoking the Atlanta rapper to go on a homophobic rant. In a video obtained by TMZ Quan could be heard saying

Young Thug responded to the video with the following tweets:

Quan’s deejay, DJ Fresh, posted a message on Instagram that has since been deleted saying that the rapper did not intend to diss Young Thug.

“Dead serious man stop with this lame ass story man that’s not what the fuck happened, those were not shots, he stated that the dude who was being flamboyantly gay by trying to touch him looked like young thug, and then proceeded to say that the not with that type of shit!!! And y’all wanna make it seem like he was talking shit about thug man, people will twist stories and make it seem like the sky ain’t blue because somebody said it was green and shit, that shit lame as fuck.”