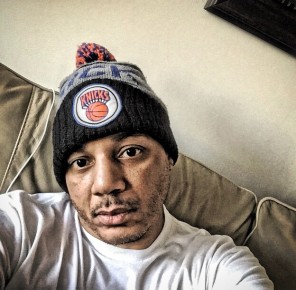 Dollaz, real name Richard Trowers, was nabbed on two child support warrants: one for $188,000 and another for nearly $12,000, Hudson County officials told Bossip.

One of Dollaz’s baby mama’s, Chaundrea Nicole, confirmed to Bossip that he was arrested for owing her $188,000 in back child support for their 14 year old daughter.

“My caseworker called me last week and told me they had him,” the woman told Bossip. “He’s never made one payment. He’s only seen my daughter one time. I do want them to develop a relationship, but it’s not right at all.” (Bossip)

Dollaz was arrested back in October after he double parked in front of a police head quarters to run inside a 5 Guys to buy a hamburger. Cops ran his plates and discovered there was a warrant for his arrest for unpaid child support.