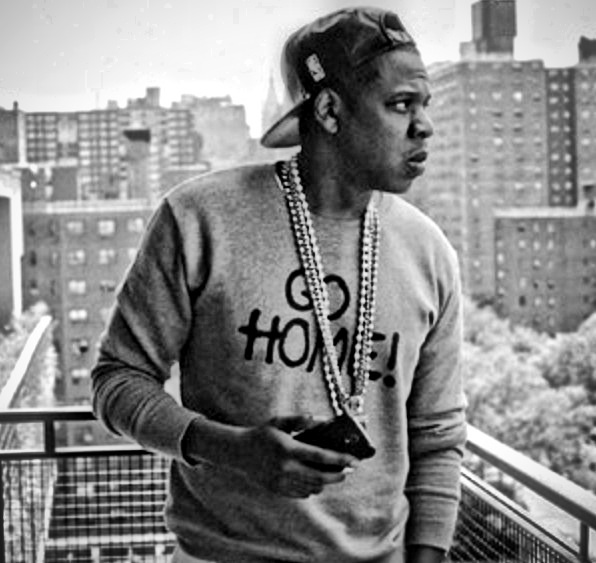 Roc Nation head honcho Shawn Carter has once again proven that he is a game changer. Jay-Z’s new album Magna Carta Holy Grail has already sold one million copies prior to it’s release date thanks to a promotion with Samsung (Samsung bought one million digital copies of the album for $5 a piece and will give them away to Samsung customers for free).

There was controversy surrounding the album over whether or not it should be certified platinum. Jay-Z has convinced the RIAA to rule in his favor.

The RIAA released the following statement:

By now, many of us in the music business, as well as Jay-Z fans, know that Samsung has purchased one million “Magna Carta Holy Grail” digital albums to be given away to the phone maker’s customers. It is a novel and creative marketing move and it has rightly stimulated a healthy conversation about the sale’s meaning and implications for the modern music business.

For us, the move prompted a re-examination of our historic Gold & Platinum (G&P) Program award rules. As we dug through the records of audits, re-reviewed rules and consulted with our auditing firm of more than thirty years, Gelfand, Rennert & Feldman, we discovered one rule disparity that no longer makes sense.

One of our program’s requirements is that an album can become eligible for certification 30 days after release date. (There are other rules, of course – such as requiring that the price of the album meet certain requirements.) The 30-day rule exists to take into account potential returns of physical product – CDs, cassettes, vinyl, etc. that could be shipped to brick and mortar retailers and returned, in which case our auditors do not count the sales.

When we first created the Digital Single Award in 2004, we elected not to impose any 30-day rule because there are very few digital returns. According to our auditing firm, digital returns on average account for less than two percent of sales included in reports provided by the labels for certification – most digital retailer Terms of Use/Service allow users to return products only under limited circumstances.

Also at the time in 2004, sales of digital albums were virtually non-existent and accounted for a small fraction of overall digital sales. Fast forward a decade and that’s obviously no longer the case.

We think it’s time for the RIAA – and Gelfand, Rennert & Feldman – to align our digital song and album certification requirements. That’s why today we are officially updating this rule in our G&P Program requirements. Going forward, sales of albums in digital format will become eligible on the release date, while sales of albums in physical format will still become eligible for certification 30 days after the release date.

Not only do we believe it’s sensible and logical to align digital album rules with those we have maintained for digital singles since the program’s inception, we also consider today’s move in line with our larger efforts to modernize the G&P Program to reflect the new music marketplace. In May we announced the integration of on-demand streams to the program to more broadly recognize online demand for songs.

The reality is that how fans consume music is changing, the music business is changing as labels and artists partner with a breathtaking array of new technology services, and the industry’s premier award recognizing artists’ commercial achievement should similarly keep pace. In short, we’re continuing to move the 55-year-old program forward and it’s a good day when music sales diversification and innovative strategies meet the RIAA’s time-tested, gold standard requisites for certification.