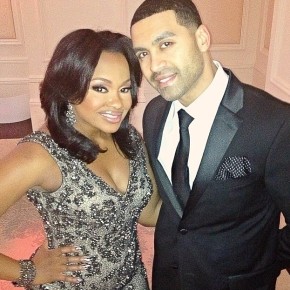 Judge Charles Pannell, under sentencing guidelines, could have given him anywhere from 92 to 115 months. The government was okay with the lower end of those guidelines. Pannell went slightly above the 92 months partly because white collar criminals of his ilk tend to have a high rate of recidivism, Pannell said on the stand.

Nida, dressed in a tan suit and wearing a beard and mustache thicker than seen on the television show, questioned the slightly harsher 96-month sentence to the judge and appeared annoyed after the hearing. “The government did what they had to do,” Nida said before entering the elevator the downtown federal courthouse. When asked if he was unhappy about the sentence, he said, “Whatever the judge gave.”

“Today’s sentencing exemplifies impartial justice regardless of economic class or perceived celebrity status. Nida’s sentence should be an eye opener for other like-minded criminals who scheme to steal victims’ identities, defraud them and ignore the consequences of their actions,” said Reginald G. Moore, Special Agent in Charge of the United States Secret Service, Atlanta Field Office, in a press release.
Nida’s attorney Thomas Bever attempted to get the sentence reduced due in part to Nida’s poor upbringing but Pannell felt that was not a big enough factor given Nida’s age (35).